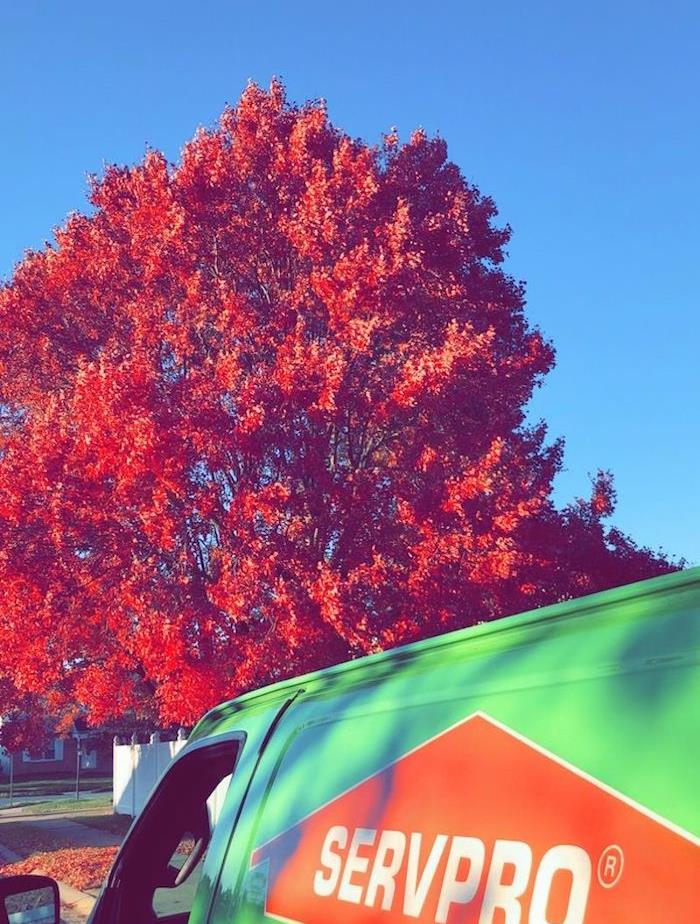 When you experience water damage in your property. Call the experts at SERVPRO right away.

Over the past few decades, North Carolina has experienced a population boom and undergone rapid development. This is especially true of the state’s Research Triangle region, located roughly within conceptual lines connecting Raleigh, Durham, and Chapel Hill. Specifically, the zone received its interesting geometric title due to the imaginary triangle formed by the area’s three major universities and the research park located within the polygon’s confines. Research Triangle Park, created in 1959, is the largest research park in the United States with over 300 companies that, in total, employ an estimated 65,000 people. The park is a hotbed of high-tech research and development, and the area it is in shares some similarities with San Francisco’s Silicon Valley region.

Why So Many People are Making Raleigh Their New Home

The Research Triangle, in recent years, has become a popular place to relocate to for many reasons. These involve everything from enhanced educational and employment opportunities to greater access to recreational resources. Some of the varied specific reasons more people are choosing to call the Triangle home are:

It provides residents with more socializing and shopping options, as well as greater access to high-quality medical services since it is located in a major population center that is relatively close to substantial cities like Greensboro, Winston-Salem, and Charlotte.

The region’s climate tends to be much more pleasant and moderate than those in other parts of the country; the Triangle has a good sunny-to-rainy day ratio, is not too arid or wet, does not usually suffer the excessive heat of the Deep South, nor the unbearable cold of the North, and rarely experiences heavy snowfalls.

Residents are within close reach of multiple diverse recreational resources, including the Great Smoky Mountains to the West, the Outer Banks to the East, and various parks, lakes, and waterways in North Carolina’s interior.

The Triangle is near the midway point between New York City and Miami, making it convenient for those with connections to both cities.

As you can clearly see, it is no wonder why so many people have been migrating to Raleigh and its environs over the past half-century or so.

Problems the Population Boom and Rapid Development Have Caused

While population increases and development in the Raleigh-Durham area have fueled its economic growth and raised its standard of living, they have also led to various problems. These issues, which affect both the region in general and certain unfortunate homeowners individually, include:

Substantial rises in rates of crime and other related urban problems

The growth of unsightly urban and suburban sprawl

Excessive losses of farms and woodlands

As the Research Triangle’s population has grown, the region has increasingly experienced urban issues like elevated rates of murder and other violent crimes. Also, due to the ever-increasing demand for housing, homelessness has quickly become a concern as local residential options are becoming too expensive for some to afford. Moreover, the area’s convenience and picturesque natural beauty have been severely reduced by increased traffic and pollution, the rampant spread of development, and the steady disappearance of natural environments.

Oftentimes, trendy boomtowns suffer from a “Gold Rush” mentality. Such a mindset drives unscrupulous profiteers to rush into an area to exploit those seeking to live and earn their fortunes there. Some Triangle area homebuilders are, in fact, profiteers that show little concern for constructing well-built homes and are only concerned with making a fast buck. As a result, there are more than a few local homes that may suffer from the following problems:

Areas around openings, like door frames and windows that are improperly sealed

Anyone of these potentially hidden issues could make your residence a money pit susceptible to expensive water damage. So, remember to have properties professionally inspected before purchasing them.

With all that said, your helpful neighbors at SERVPRO of North Raleigh & Wake Forest are experts at successfully remediating water damage. In fact, we are one of the most highly rated water damage restoration companies in the Research Triangle region. So, if you ever experience the hardships associated with a water-related event, do not hesitate to call us at (919) 790-1222 for assistance.

As a Raleigh Area Resident, How Can SERVPRO Help Me?

SERVPRO offers numerous services beneficial to residents of Raleigh and the surrounding communities. These offerings include professional inspections for those looking to purchase homes or find suspected water leaks and related damage. Of course, we are also able to help homeowners overcome the effects of water leaks and standing water in various ways. As a local that is either planning to buy a home or is already a homeowner, our skilled technicians can do the following things for you:

Completely rebuild all destroyed parts of your residence.

Our efforts generally help you avoid buying troublesome properties or recover from water damage you have suffered.

As one of the most experienced water damage restoration companies in Raleigh, SERVPRO of North Raleigh & Wake Forest can handle almost any water-related issue. So, if you ever need help with one, contact us at (919) 790-1222.