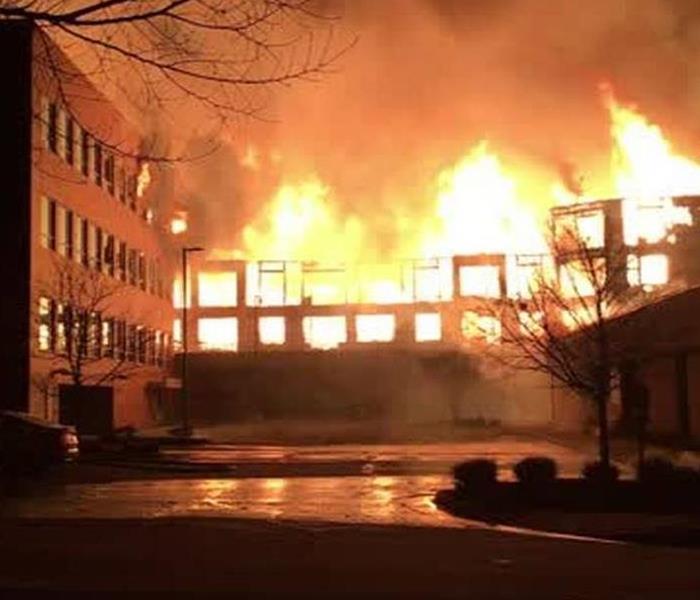 Late Thursday night around 10pm on 03/16/2017 a fire broke out on West Jones and West North Street at a construction site. According to the Raleigh Fire Department Chief this is the largest fire the area has seen since the 1920’s.

Over 250 residents have been displaced by the fire. There is extensive water, heat, and smoke damage. Many residents quickly evacuated their home with only the clothes on their backs, leaving their possessions to burn.

The Red Cross has set up camp at The First Baptist Church on Salisbury Street for those in need.

Your local SERVPRO® of North Raleigh & Wake Forest is on the scene assisting local businesses and residents in their time of need. We are here to help 24/7. Give us a call at 919-790-1222.