Three Tips to Reduce Your Risk of Fire Damage in Raleigh 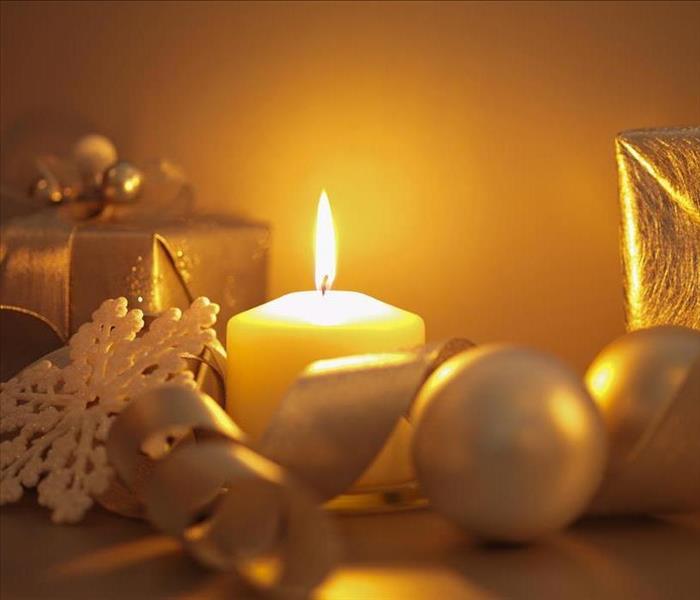 Holiday Candles Can Cause Fires--SERVPRO Tip

Keeping your home safeguarded against fire damage in Raleigh does not take much time or money, but still every year SERVPRO franchises nationwide clean up after hundreds of fires that could have been avoided or prevented with minor changes. While the risk of your home catching fire is probably low, you can drive that risk even further down with some simple changes in your lifestyle and situation. Some of these changes could even end up saving you money on other expenses, in addition to reducing the likelihood of a future fire.

A Good Lightning Rod
Lightning remains one of the most common causes of fire damage in Raleigh and other cities in the Carolinas due to relatively frequent rainfall, thunderstorms, and the occasional hurricane in many months of the year. Lightning rods are designed to attract lightning to a contained, grounded metal avenue, and prevent many fires from starting every year across the United States. Make sure your lightning rod(s)is in good condition and, if you do not have one installed, consider hooking one up to your property. Nearby tall trees can also divert lightning away from your home, but can also catch fire themselves and later spread to the home.

Keeping Lights Off
Not only does reducing lightbulb usage in your home save money on power expenditures, but it also significantly lowers your risk of an electrical fire. Traditional light bulbs may sometimes produce sparks or catch fire when they burn out or experience a power surge, potentially blooming into a dangerous and fast-spreading electrical fire. Consider investing in newer LED lighting, or just flip the lights off whenever you do not need them.

No More Candles
Candles are a remarkably common source of house fires in the United States, even though most American homes use them only for decorative and ambiance purposes. While candles can imbue the air with a pleasant smell and make your home prettier, they are also a huge fire hazard. At the very least, you should put out any candles when you leave the room for longer than a two or three minute period, but cutting back on their usage altogether is often a better option.

SERVPRO of North Raleigh & Wake Forest is an experienced local provider of fire damage restoration and cleanup services. If your home has been affected by fire, call us at (919) 790-1222.